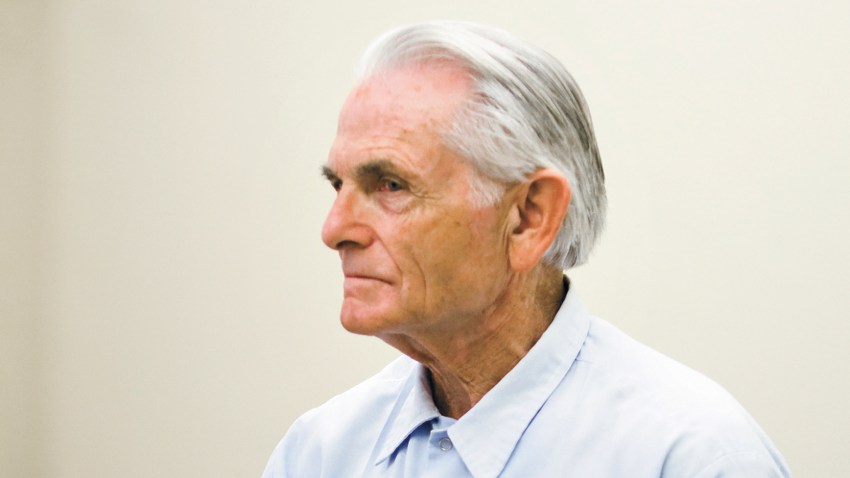 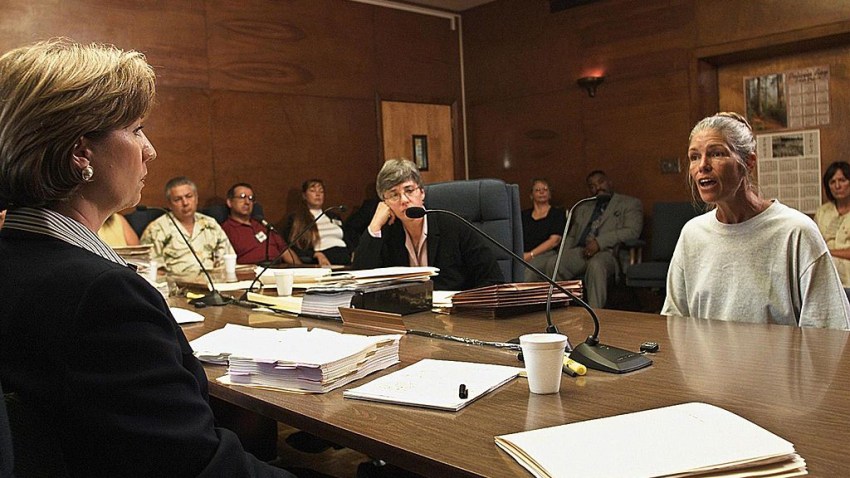 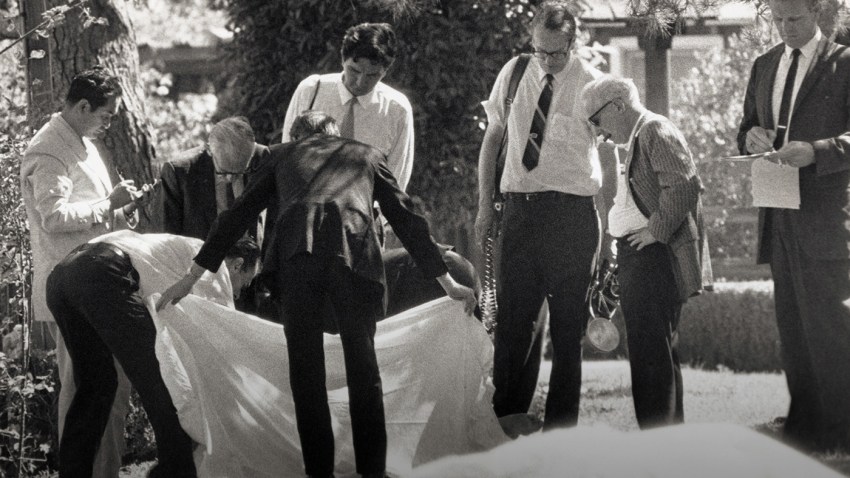 “While petitioner may someday be suitable for parole, when her commitment offense is no longer predictive of current dangerousness, it is not yet that day,” Superior Court Judge William C. Ryan wrote in a 16-page ruling, in which he called the crimes “among the most abominable committed in California in the second half of the 20th century.”

The judge wrote that he had concluded that there was “some evidence” to support the governor’s determination that petitioner poses an unreasonable risk of danger to society, and that all of petitioner’s due process rights were met and found that the petition challenging the governor’s reversal of parole “must be denied.”

Van Houten’s appellate attorney, Rich Pfeiffer, has vowed to continue to fight for Van Houten’s release. He said he plans to ask a panel from California’s 2nd District Court of Appeal to intervene.

Van Houten, now 68, was convicted of murder and conspiracy for participating with fellow Manson family members Charles “Tex” Watson and Patricia Krenwinkel in the Aug. 9, 1969, killings of Leno La Bianca, 44, and his 38-year-old wife, who were each stabbed multiple times.

The former Monrovia High School cheerleader and homecoming princess did not participate in the Manson family’s killings of pregnant actress Sharon Tate and four others in a Benedict Canyon mansion the night before.

A state parole board panel had initially recommended parole for Van Houten in April 2016 after she had been denied parole 19 times between 1979 and 2013. But the governor subsequently reversed that decision, finding in July 2016 that “the evidence shows that she currently poses an unreasonable danger to society if released from prison.”

At a hearing in a downtown Los Angeles courtroom last summer, a woman who once lived at a ranch with Manson testified that Van Houten was “extremely docile” before the killings and that she believed Van Houten would have done anything the cult leader asked. Catherine Share’s testimony came during an Aug. 31 hearing to present mitigating evidence now allowed under state law because Van Houten was 19 at the time of the killings.

Last September, a parole board panel again recommended that Van Houten be granted parole. But the governor reversed the recommendation, finding in January that she “has not wholly accepted responsibility for her role in the violent and brutal deaths” of the La Biancas.

Manson — who died last November — and many of his other former followers have repeatedly been denied parole.

Leslie Van Houten, the youngest of Charles Manson’s murderous followers, was recommended for parole Wednesday by a state panel that concluded she has radically changed her life during the more than 40 years she has been in prison for two brutal murders she helped commit 48 years ago and is no longer a threat to society.

In blocking her release then, Brown said Van Houten had failed to adequately explain to the panel how a model teenager from a privileged Southern California family who had once been a homecoming princess could have turned into a ruthless killer by age 19.

On Wednesday, the panel grilled her for two hours on how she could address those concerns.

“I’ve had a lot of therapy trying to answer that question myself,” she said.

“To tell you the truth, the older I get the harder it is to deal with all of this, to know what I did, how it happened,” added Van Houten, now a frail-looking 68-year-old who appeared before the panel on crutches, her gray hair pulled back in a bun.

She went on to say that she was devastated when her parents divorced when she was 14. Soon after, she said, she began hanging out with her school’s outcast crowd in the Los Angeles suburb of Monrovia. She started smoking marijuana and graduated to LSD at 15. When she was 17, she and her boyfriend ran away to San Francisco’s Haight-Ashbury District during San Francisco’s summer of love.

When they returned, she said, she discovered she was pregnant. When her mother found out, she ordered her to have an abortion and bury her fetus in their backyard.

Soon after, she was traveling up and down the California coast, trying to find peace within herself when acquaintances led her to Manson, who was holed up at an old abandoned movie ranch on the outskirts of Los Angeles where he had recruited what he called a “family” to survive what he insisted would be a race war he would launch by committing a series of random, horrifying murders. His disaffected youthful followers became convinced that the small-time criminal and con man was actually a Christ-like figure and believed him.

As she did at her parole hearing last year, the soft-spoken Van Houten went on to candidly describe how she joined several other members of the “Manson Family” in killing Los Angeles grocer Leno La Bianca and his wife, Rosemary, in their home on Aug. 9, 1969, carving up La Bianca’s body and smearing the couple’s blood on the walls.
*

She was not with Manson followers the night before when they killed pregnant actress Sharon Tate and four others during a similar bloody rampage.

On the night of the second attack she said she held Rosemary La Bianca down with a pillowcase over her head as others stabbed her dozens of times. Then, ordered by Manson disciple Tex Watson to “do something,” she picked up a butcher knife and stabbed the woman more than a dozen times.

“I feel absolutely horrible about it, and I have spent most of my life trying to find ways to live with it,” she added quietly.

Relatives of the La Biancas didn’t believe her. They spoke emotionally as they pleaded with the commission to reject her parole bid.

“No member of the Manson family deserves parole, ever,” nephew Louis Smaldino said. “She is a total narcissist and only thinks of herself and not the damage she has done.”
*

The voice of the La Biancas’ oldest grandson, Tony LaMontagne, broke as he noted he’s about to turn 44, the same age his grandfather was when he was killed.

“Please see to it that this fight doesn’t have to happen every year for the rest of our lives,” he said of Van Houten’s nearly two dozen parole hearings.

Family members left before the panel announced its decision.

In reaching it, Parole Commissioner Brian Roberts and Deputy Commissioner Dale Pomantz said they took into account Van Houten’s entire time of incarceration. During those years she has earned bachelor’s and master’s degrees in counseling, been certified as a counselor and headed numerous programs to help inmates.

Still, he warned her that if she is released that living in society again will not be easy. He noted parole officials have heard from “tens of thousands” of people who don’t want her released. But others, he added, including many who have known her since childhood, spoke up for her, saying they’ve seen her mature in prison and become a different person.

“Thank you very much, I really appreciate it,” replied Van Houten, who attended on crutches because of a knee injury suffered in a recent fall. She said her health is otherwise fine.

Afterward, her attorney, Rich Pfeiffer, said he believes Van Houten addressed the concerns the governor had when he denied her parole last year.

“My hope is he’s going to follow the law and let his commissioners do their job,” he said.

He added his client was relieved by Wednesday’s ruling, adding he believes she will be released eventually.

“I’m getting her out of here. That’s not an issue. The question is when,” he said.

No one who took part in the Tate-La Bianca murders has been released from prison so far.

Van Houten has been in prison for more than 40 years for her role in two brutal murders committed by disciples of Charles Manson.
By Associated Press
*